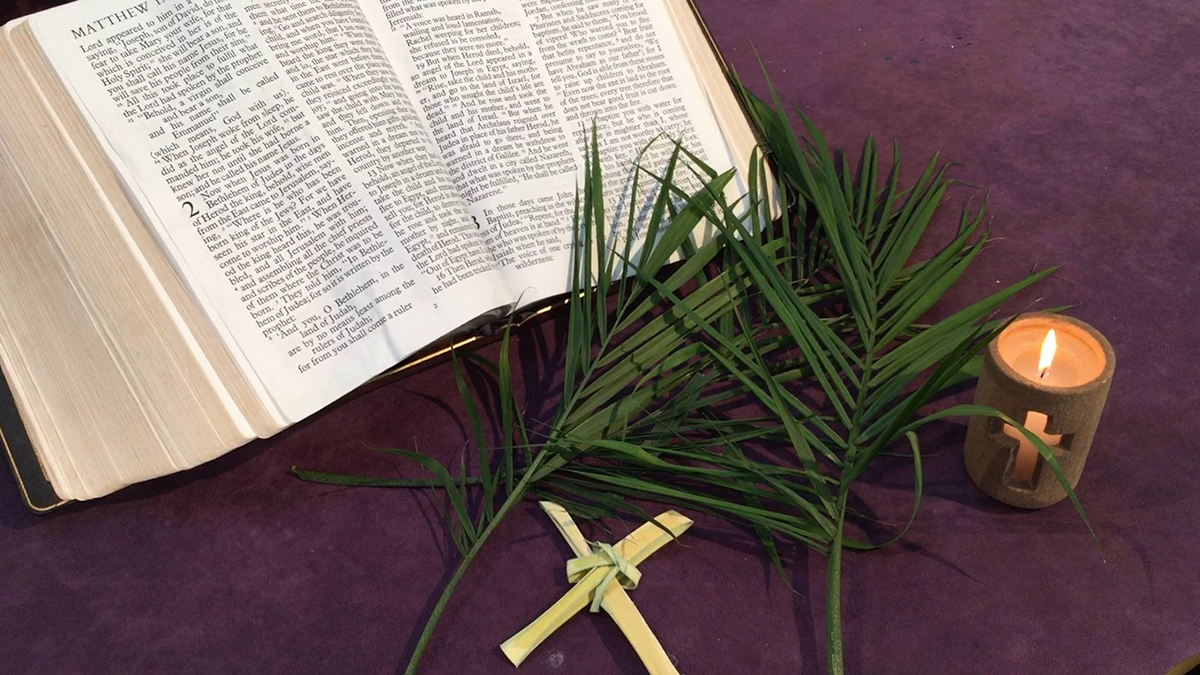 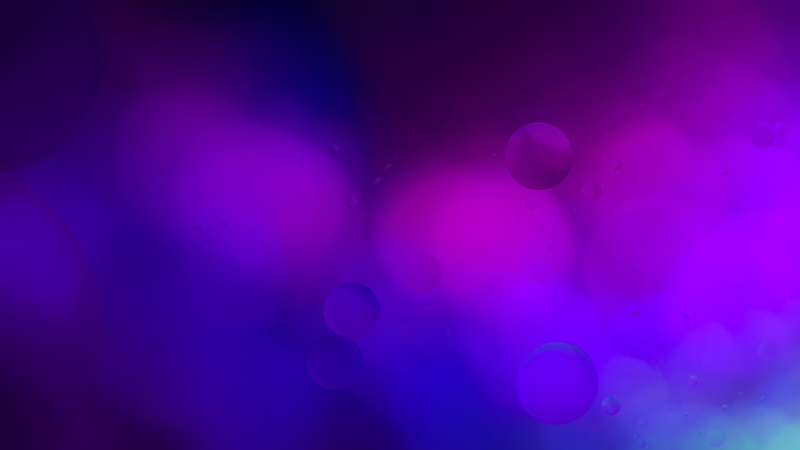 Invitation to A movement

I am a Christian Minister and more specifically a pastor, but my original family does not have any Christian background. My late father was good at studying Confucian Philosophy and Ethics, while my mother was a passionate Buddhist. So, there are lots of stories around the process of how I became a Christian and a minister. Those are long stories that I would like to share another time only if you want to hear.

I sincerely loved the stories about Jesus that I heard. Also, in a church service, I experienced amazing freedom from a preoccupation with ethics that had me feeling guilty all the time. After I experienced this liberation, Jesus stories came to me as treasure hidden in a field.

As a college student, I spent many years evangelizing people on campus with all my hearts. After that, I started having questions, as well as a desire to know more, which prompted me to study theology. Most of all, I really loved the church. I loved the church with my whole life. Believe it or not, it was just a given that I was crazy about Jesus.

There were lots of amazing miracles in my spiritual journey.

When I prayed for a person, I could feel what they were feeling. I could express for them the words that were deep in their heart.

These amazing miracles cannot be counted. There are even more that I could tell you about; I’ve only described a few here.   Also, please do not ask me to do the same things. As you know, they could never be reproduced, but I believe God will show himself in brand new ways, not like the past.

From these miraculous stories, I just want to say, “God is still alive and acting today.”

That’s not the end of the stories. I have also acknowledged God even as my understanding of him has gradually evolved into something different from what it was before. As a missiologist, I read many things about the historical dark side of Christianity and the church. Constantine Christianity, which took advantage of one doctrine to easily rule over people in the Roman Empire, was just the beginning. There were the historical miseries of the Crusade movements. There were the European wars of religion including the Thirty Years War. Christian doctrine supported the major justification for Slavery. Christian missionaries participated in Imperial exploitation in tandem with military suppression and economic exploitation. Anti-Semitism, Aryan Supremacy, and Nazism are based on Christian thoughts. American Christians cannot avoid their responsibility for the theft of Native American territories. In most of human history since the time of Jesus, Christianity and the church were the main villains. What was the Christian mission?

Why should YHWH be the one true God for Native American who have already lived with their heaven and earth to harmonize their lives? My country Korea serves as a similar example, what kind of meanings in the history of Israel should Koreans know? They have already worshipped their heaven and earth, and their God, who wants to make people and all the nature even. Why should Korean people discard their own God to be Christians? Also, why should some African people dump their ancestors and their spirits to be Christians?

Wrestling with these questions has brought me to a more open and tolerant understanding of God.  Nevertheless, I still feel the burden of the past sins of Christianity and the church.  I am willing to carry this burden because I really love the church. Being a part of the Christian community has filled me with happy memories. Most of all, I love Jesus.

In these kinds of struggles, I have gradually known several understandings.

Of course, I don’t think the miracles I experienced were fakes. Those are genuine as well as divine. The crucial thing I should know, however, is that wonders are not the miracles but God’s sustaining passion to lead us to know him more. He does not express himself in clamorous and striking miracles, but resides with us in everyday life with our neighbors and in hope for tomorrow’s life.

The God I met is bigger than Israelite YHWH. He is wider than the Christian God. He cannot be boxed in our experiences, in our thoughts, in our cultures, and in our terms.

In spite of that, I cannot deny that I am a Christian. It is because the God who cannot be restricted comes to me in the name of Jesus. This biblical text is not perfect, but I have made lots of living memories with God as struggling with this authoritative Scripture. Therefore, Christianity and the church are my own burden to bear in my life.

I know there have been some people who made some vivid and beautiful stories in this dark history of Christianity. Most of them were anonymous. They just followed Jesus because they were deeply moved by Jesus stories. They just loved him. That’s all.

To be a Christian, I don’t have to get the exact answers to my life. To be a Christian, I don’t have to restrict my identity to Christian doctrines. It is a movement, not the statement, not the management. It is all about people. It is all about human beings. Babies are being born. Kids are growing. We are aging. Some people die. Finally, we all die, even though it is a boring cliché. In this limited time, if God is still alive, he lives through us. Whether it is positive or negative, God could only be expressed by what we are knowing God who acts now and here.

Today, in the text, the gospel of Mark, Jesus proclaimed, “The time has come, The kingdom of God has come near. Repent and believe the good news!”

I want to paraphrase it. “Now and here! The action of God starts! Turn your way about from what you know, from what you expect, and from what you are going to earn! Participate in the reality of genuine freedom and liberating work!”

First of all, the Jesus movement is starting from very marginalized, ignored, and unremarkable small town, Galilee. Jesus calls for his disciples, “Come, follow me, and I will send you out to fish for people.” To paraphrase that in my own words, “I will make you a human who makes room for others to embrace.”

Remember it. In order to come to follow Jesus, the disciples are abandoning something crucial in their own lives. As for Simon and Andrew, “they left their nets,” while James and John left their father in the boat with the hired men.” All of them left something which could safely manage their “tomorrow.”

It is a movement Jesus invites us now. People gatherings usually require management, but a movement cannot be managed. Sadly, the churches nowadays want to manage everything they can. Many Christian leaders, not just pastors or elders but also deacons or small group leaders search for and struggle for the well-verified ways of church growth to act in response to the decline of the church members. Most church members would not question where their lord Jesus is. They never dreamed about God’s leaving from the church. Instead, they just attend the church. They still count the number of fish. They are still preparing their nets. They are not interested in where the Lord Jesus move, because they are boxed in their well-managed boat. They thought they must be with God. The God could be artistic, but stuffed. So, they love to appreciate the cross on which Jesus was crucified, but they might not know how to take their cross up.

See the regular systems of the church. Is their any chance for someone to fail some works in the church, which can lead to change their ways of understanding God? Is there any risk to make people nervous to pray for? Is there any person out of their mind to practice what they believe? Is there empty room for the unexpected?

It is a movement which should not be defined yet. It is very volatile and risky, there gather people who can find the place they can help anything, they can do anything, and they can be anyone. In that kind of movement, there are big empty holes people should fill each other.

This is the very starting point for Jesus movement to proclaim the victory, share the liberating stories, and make peace. There should be emptiness.

Then, whose movement is it the Jesus movement?

Some scholars think the Jesus movement should be a youth movement because Jesus was young and the disciples were young adults. What are you thinking of? Does it make sense? I disagree with that thought. I don’t think that the Jesus movement is for those who have enough energy and time. In that time, the life expectancy might be around forty. So, seeing the disciples young is just a today’s viewpoint. This movement consistently shows its urgency. It was the eschatological calling, which means the last time call. There was not much time. So, the text continuously says, “immediately.”

Finally, what kind of movement is it? Where should we move? I am going to deal with the theme detailed in the next time. Today one thing you should know is that this spiritual movement is like the dynamics of water, which always moves from the high place to the low.

Today, Jesus calls you and me into the movement.